These exhibits are located in the building's main lobby and free for all to see, so don't miss out!

The Alberta Sports Hall of Fame and Museum is dedicated to the preservation of history and sports art. Our Art Collection is composed of more than 1,000 pieces including paintings, sculptures, prints, posters, and photographs. We recognize the importance of cultural connectivity in athletic competition expressed through contemporary and historical sports art. The gallery also periodically features showings by renowned sport artists. 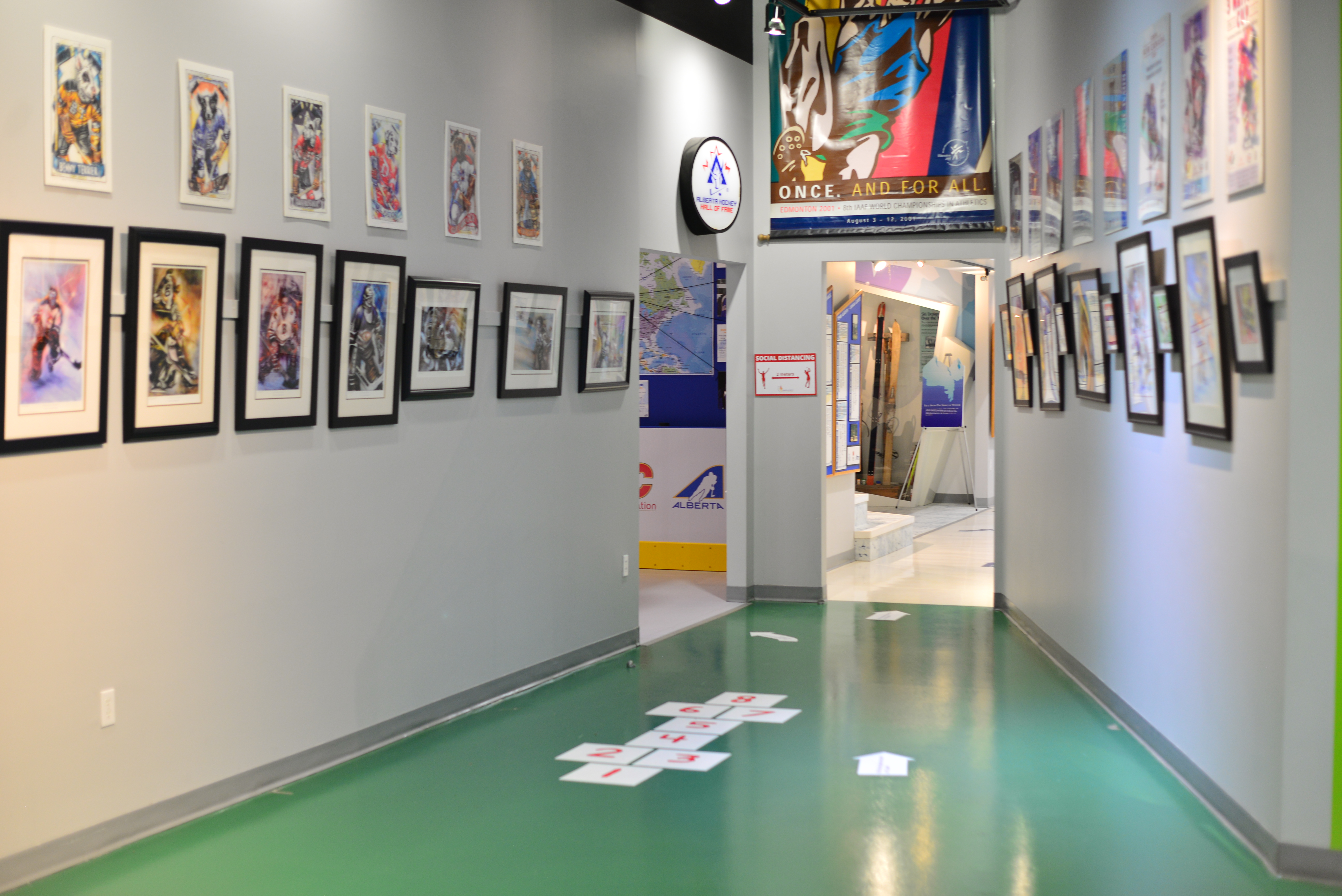 I took up the art of hockey again approximately 15 years ago when not busy in my career as a freelance illustrator and designer. Hockey Canada hired me for a period of approximately 4 years designing and illustrating posters for tournaments and events. I also created limited Edition Prints that were licensed by the Toronto Maple Leafs and Boston Bruins. The Edmonton Oilers hired me to design playoff tickets.

During these years I have painted many Legends. Designed and Illustrated posters. I have also created a series of 8 works called “The Goalie Archives and another series portraying dogs as Hockey Stars called of course, The Hockey Dog All Stars. I have also written stories for each of the artworks in these series.

This gallery was renovated in 2019 to include a new AudioVisual component to allow visitors to see first hand how some of our para and special olympic sports are competed in.

Soccer- Alberta might not be known for soccer, but we have some amazing athletes who have competed for Team Canada and made quite the difference.

In addition to numerous permanent galleries, the Alberta Sports Hall of Fame showcases a variety of changing exhibitions throughout the exhibit space. With thousands of objects in the museum's collections, there's always something new to discover.